He got in touch with V for Life on National Older Veg*ns Day to highlight how his old favourite meat substitute powders have been removed from shop shelves. 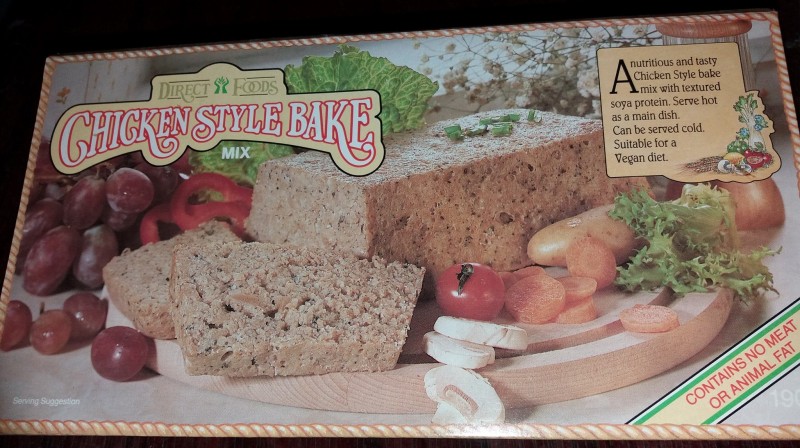 These powdered meat substitutes were mixed with water, stirred, left for 10 minutes and then put in either the frying pan or oven.

Leslie said in the late 1990s it was easy to find these products: “You could always find them in health stores and I regularly ate them. I even saw BurgerMix in Safeway supermarkets.”

“I kept the packets because in those days I used to show them to meat-eaters so they could find them easily in the store. These products showed people that you could still have the taste of meat – the smoky bacon one tasted like smoky bacon.” 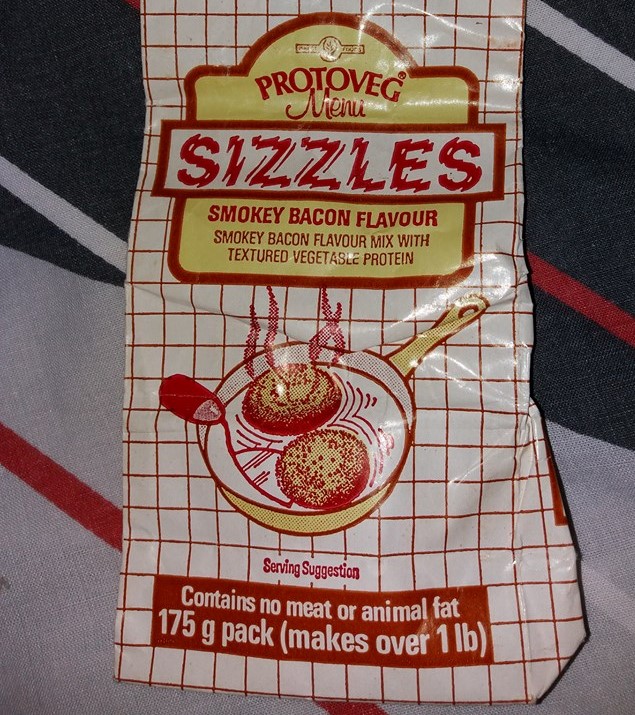 When asked what it was like to be vegan three decades ago, Leslie said: “I don’t think it was much harder then; it was easier. You could get packet powders for £1.80 that made three or four big burgers, that took the place of meat. You could get all different types of meat substitutes then that you can’t get now.”

“I’m not saying those powder bakes were good for your health. I ate them for taste, not health. But they had an expiry date 6 months ahead, you could store them in your cupboard, and they were a good price.” 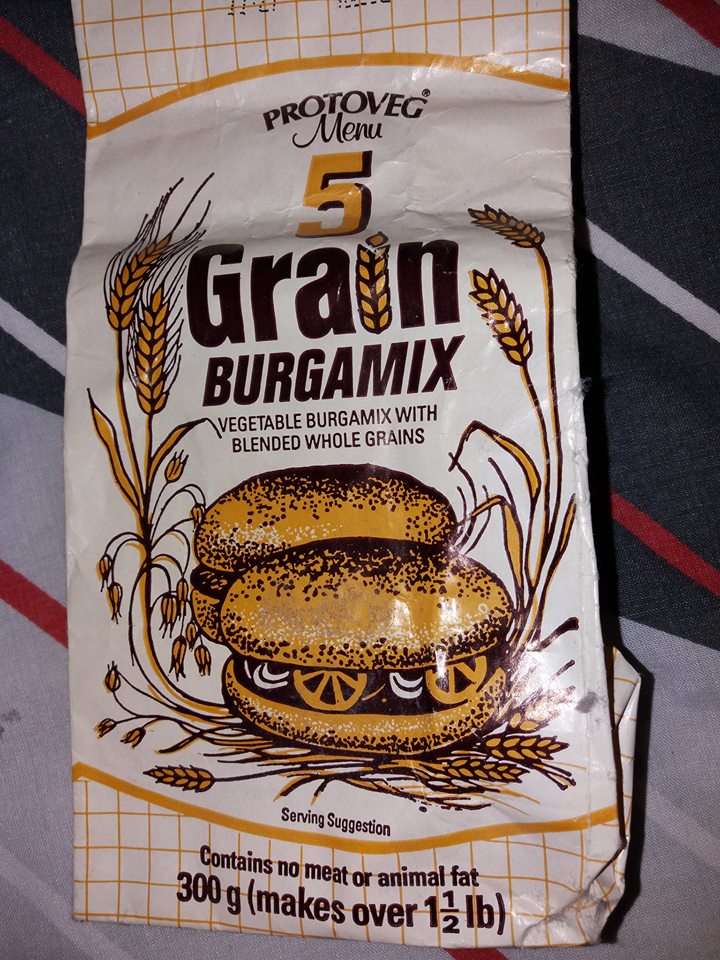 Leslie commented on today’s mock-meat market: “It’s very expensive now, just a few morsels of ‘meat’ that cost a lot of money. They’re not like packet powder, they’re a big piece of fake something.”

“The local Tesco has fake ham, but it’s so expensive at £2 a packet. I tried them when they were on offer, but the normal price is way too much. And you have to eat them in a few days or they expire.” 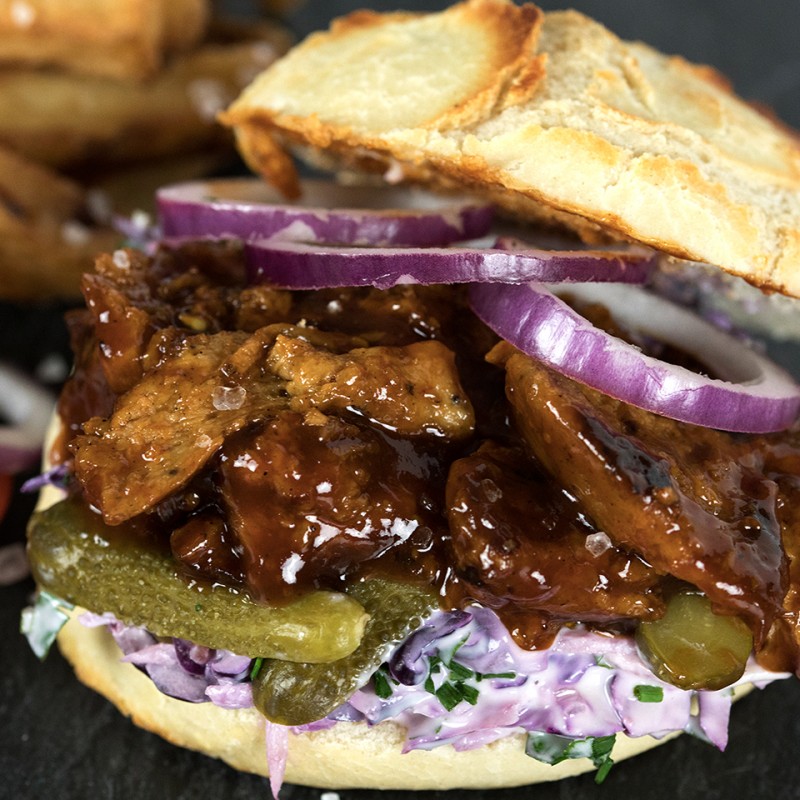 “I think it’s strange that the powdered products have disappeared from the shelves in recent years, when the number of people going vegan is increasing.”

“I hope we can get these products again, because they’d help so many people go vegan.

For support in switching to a vegan diet, see V for Life's Vegan Rescue Pack.

Omg 5 grain burgamix was the best!! Does burgamix not exist anymore!!! It was a staple in my house, not been able to find for years. Sosmix is still going tho apparently.