Even though you don’t want to eat meat from animals, you might be interested in the mock varieties! Try out some of these alternatives, which can be used to recreate your old favourites.

Free from soya and gluten

Vegusto sell gourmet vegan meats and cheeses that are free from dairy, GMO, soya and palm oil. Try their Gluten-Free Vegan Sausage – made from rice flour, pea protein and corn flour among other things. Perfect for a summer barbecue.

Beyond Meat offer a variety of meat alternatives that are free from soya and gluten. Their Beyond Burger has shot to fame recently because of its close resemblance to meat. They also have two types of sausage, the Brat Original and the spicy Hot Italian. Beyond Mince is great for tacos, pasta dishes and hand-made meatballs. 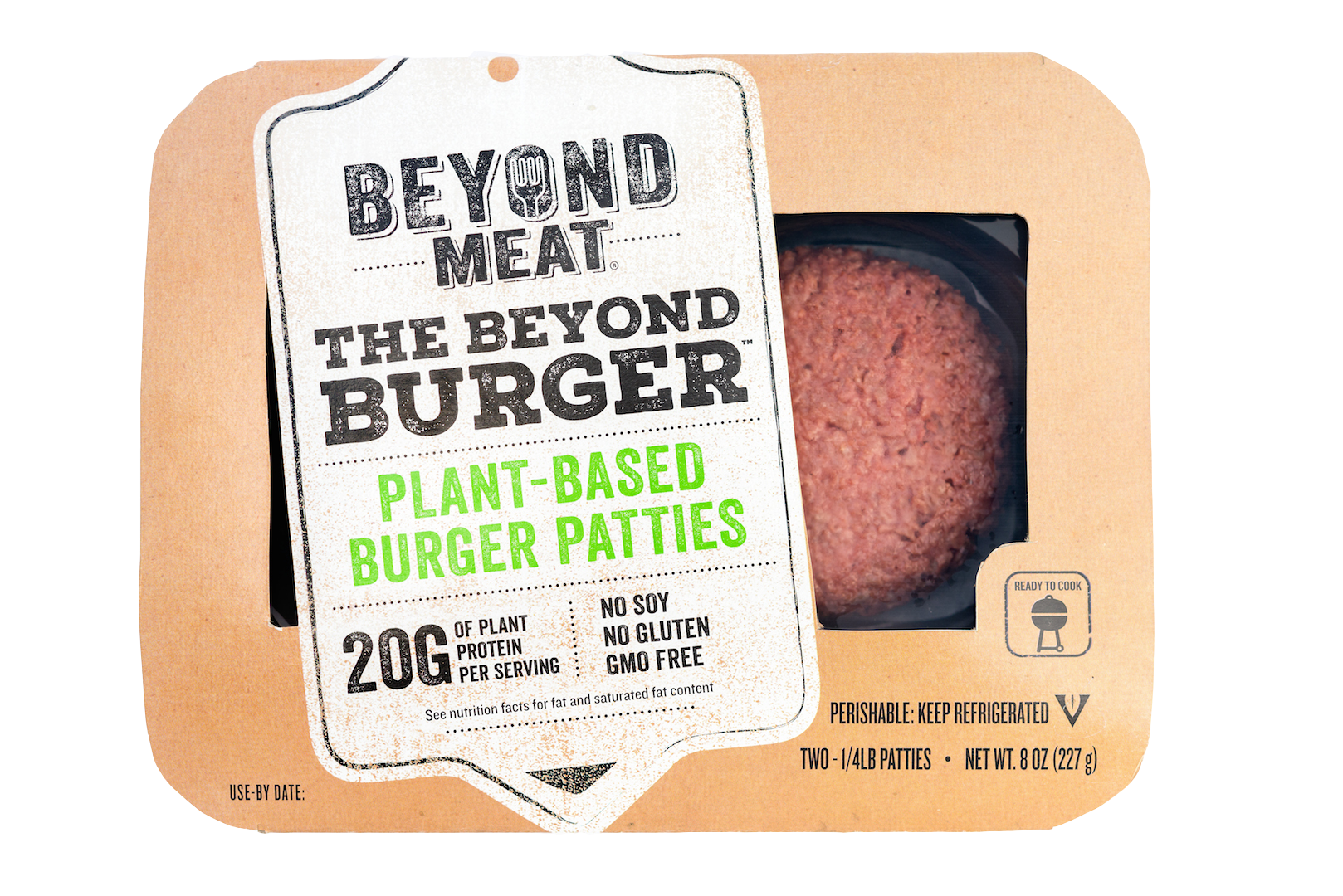 Quorn are long-standing producers of meatless meats, and offer a variety of gluten-free items that are also soya-free. Try their Vegan Smoky Ham-Free Slices or Vegan Chicken-Free Slices on your sandwiches. Their original vegetarian range is gradually expanding to include more and more vegan options.

Jackfruit is an amazing meat alternative, used regularly by eateries that are looking to cater for plant-based diets. It soaks up flavours extremely well and its texture bears a striking resemblance to meat, without any of the cruelty! It is usually prepared in tacos, stews, and as ‘pulled-pork’. Canned jackfruit can be found in most supermarkets – just ask a member of staff where they stock it. Or, if you’re feeling adventurous, whole jackfruits can be larger than watermelons and provide plenty of large servings. Their seeds can also be boiled or roasted and eaten as snacks.

Banana blossom is also growing in popularity. This large purplish-brown flower of the banana tree can be chopped up and added to practically anything, from curries to soups to stews. It can even be eaten raw in salads. While not a direct alternative to meat (it’s often compared to artichoke), when cooked or pan-tossed in your favourite seasonings it can make a great centrepiece to any dish. Canned banana blossom in brine can be found in many international food stores. Unlike jackfruit, however, it is still not readily available in larger supermarket chains.

Stuffed with No Moo vegan cheese, Vegusto’s Special Vegan Roast – using ingredients including gluten, vegetable oils and almond butter – can be used as a substitute for a big Sunday roast. You can serve it the traditional way, with gravy, roast potatoes, seasonal vegetables and rosemary. They also do Pepper ‘Schnitzel’ Steak and Paprika ‘Schnitzel’ Steak, for those who used to love the meat equivalent.

If you’re able to eat gluten, then Seitan is a popular meatless option made entirely of wheat gluten. It soaks up flavours extremely well and the texture is chewy and meat-like. It’s widely available, but you can also make your own!

Tempeh is made from fermented soya beans and has been around since the 12th century. Most varieties are gluten-free. It comes in the form of a dense cake and is easily sliced or cubed. Steam or fry it, and then add to stir-fries, pasta dishes, salads, and sandwiches. It’s especially delicious when smoked for a vegan-friendly ‘BLT’.