Where are the single, older vegans?

Posted by Jasmine on 01/06/19 in Articles, Life After Retirement

It was recently reported that the healthiest and happiest population subgroup is women who never married or had children. Women who marry may even be likely to die younger than their unmarried counterparts – and many single older women are revelling in their status.

Mo, a 74-year-old vegan from Abergavenny, states: “I have absolutely no interest in dating anyone. I am independent and allow absolutely no interference in my life at all. Some people need someone involved in their life. I do not. I like my own company and freedom. I guess if a miracle was to happen and I met a lovely man I might consider – but to actually go out of my way to find some one – a total stranger – and date them. Absolutely not."

Gardening, walking the dogs, and managing the 'pesky' cats keeps Mo enjoying life in, as she states, a “gloriously unsociable” way. 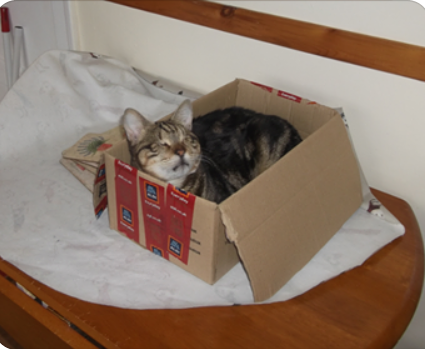 Mo's cat companion Micky, who "prefers a box to his nice soft bed"

But some vegans are looking for love in later life...

I work at V for Life, the world's only charity for older vegans and vegetarians. We're usually working to make sure vegans in care homes are catered for, but we help out in lots of different ways. Recently, I received a letter in the post, with a simple message inside: "I'd like to find someone". 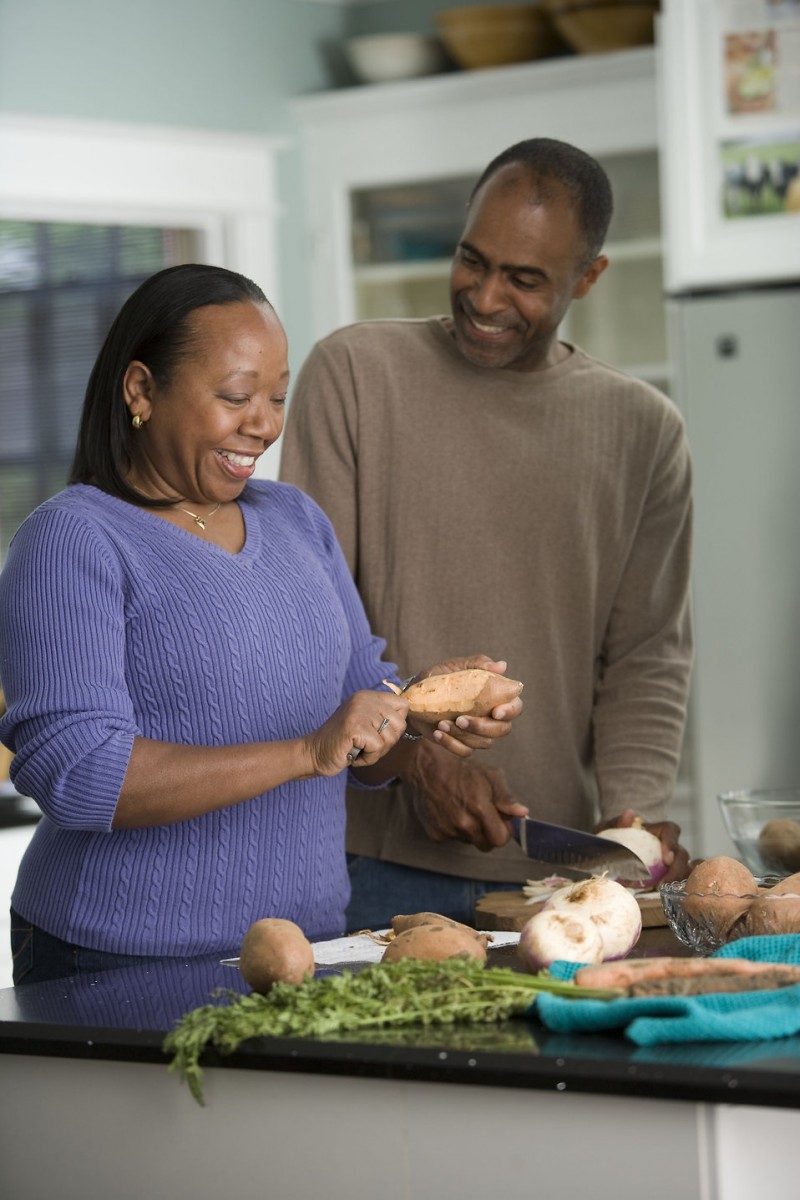 This isn't the first time a vegan in later life has made contact because they're looking for love. It seems to be a pretty common problem, and it's easy to see why.

It's been proven that vegans prefer to date vegans. 73% of vegans in a relationship with an omnivore secretly harbour hopes that one day their partner will make the switch. It may be especially hard to find older vegans because the movement appears to be dominated by the young. Although over half (53%) of 65–79 year-olds have stopped eating meat, reduced their meat intake, or are considering reducing the amount of meat they eat, just 2% of the vegan population is aged 65 or over. This is a relatively small dating pool for older vegans to swim in. 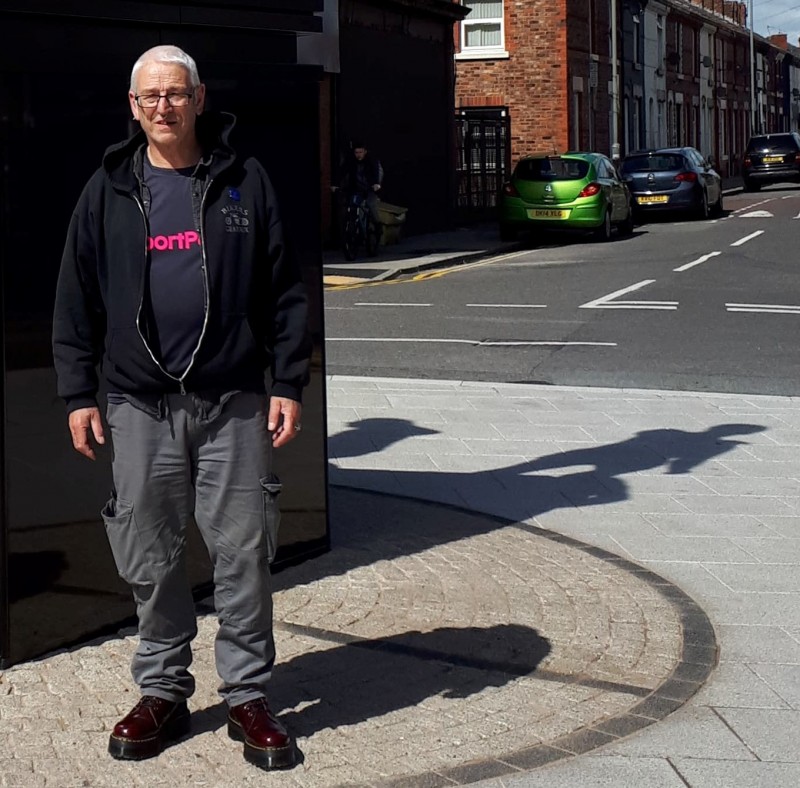 Bobby from Derbyshire: "Having strong convictions like veganism makes it hard to find an ideal date."

Bobby, 66 from Derbyshire, has been vegan for 30 years, and single for 20 years. He signed up to some veggie dating sites on his daughter's recommendation. However, few people use these apps so the scattering of replies he's received have come from people living abroad. Bobby says it's particularly hard to find somone because as he gets older he becomes more certain in his convictions, and less willing to compromise on issues important to him. He won't date anyone who eats meat, smokes, or takes drugs. Bobby says that this makes it hard to find an ideal date, and he "stopped looking ages ago." 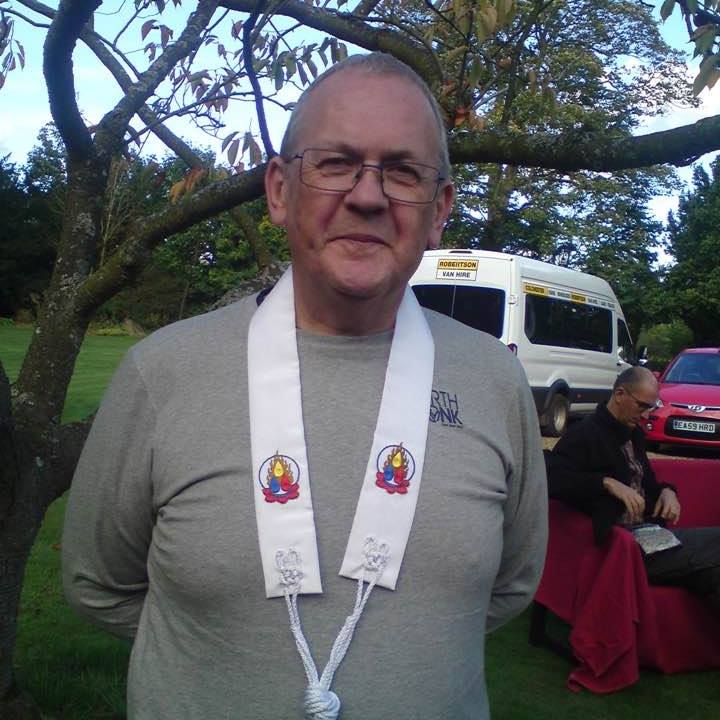 Kelvin, 58 from Surrey, has been vegan for 35 years. He says: "meeting single vegan ladies of a similar age is not at all easy."

The outlook may seem particularly bleak for heterosexual females seeking a vegan partner, because nearly two-thirds of UK vegans are female. Perhaps this is why vegan women are more likely to consider dating an omnivore than men.

Even when a vegan's happy to date a non-vegan, problems can emerge. Hayley, 56 from Norfolk, commented: “I’ve dated a couple of meat-eaters but it didn’t go well. One had a mixed grill and put me right off."

Maggie, 57 from Northumberland, knows she'd have a higher chance of finding someone if she dated omnivores but can't bring herself to do it. She said: “I don’t like the idea of getting too cosy with someone who has been eating a dead animal. I think it would cause all sorts of problems and I would be forever explaining myself. I wouldn’t want to live in a house that had animal products in. Imagine going to the fridge and seeing part of a dead animal in there or milk that was intended for a baby calf! I’d never cope!” 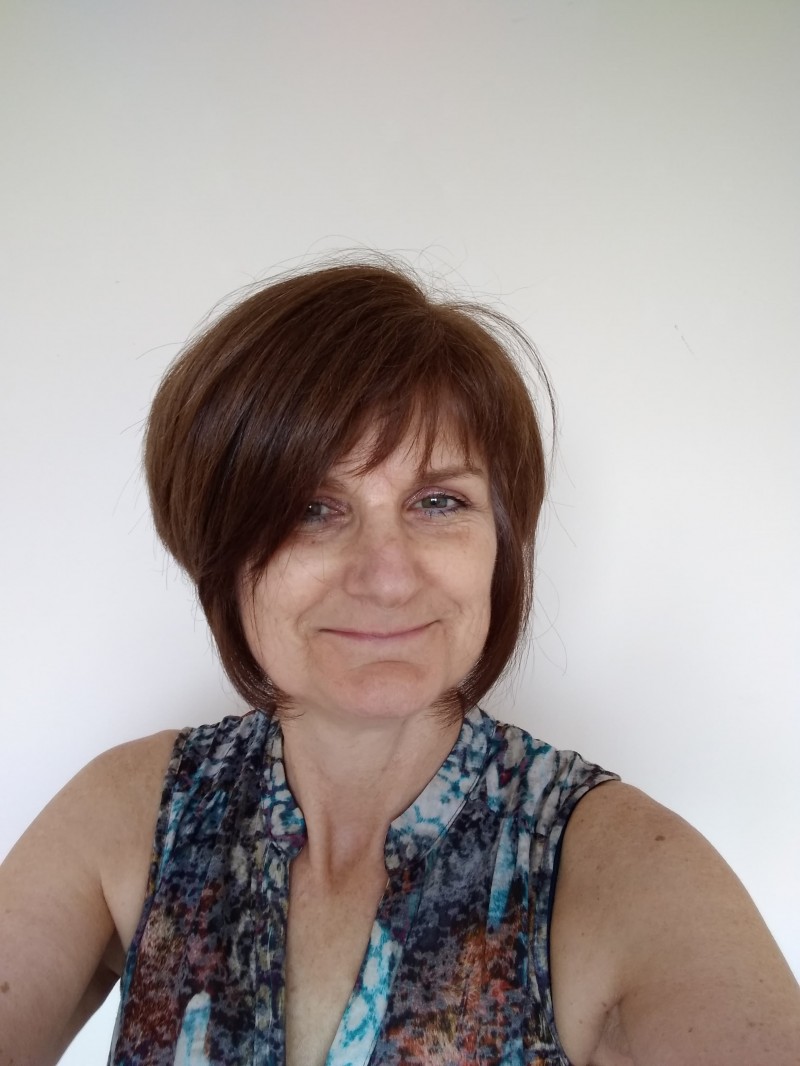 Maggie from Northumberland: "I couldn't snog a meat eater".

1. Tell people. Forget about those people who respond to your efforts with comments like "why do you need a relationship to be happy?" and "what's wrong with being on your own?” If you want to meet someone, embrace that fact and put yourself out there. You never know who a friend or neighbour could introduce you to. You could even put an advert in the singles section of your local newspaper – why not give it a try?

2. Meet ups. I spoke with Dr Chryssy Hunter of Opening Doors, the LGBT* charity for older people. Chryssy states that the online dating culture can seem quite brutal to an older audience, and recommends meet up groups as a more age-friendly alternative. Chryssy stated that if you’re LGBT* and have lived your life defining yourself through the spectrum of your own sexuality, Meet Ups can be a great way to stay involved in your community. They help you find people you have something in common with, whether this is your LGBT* identity, veganism, or whatever else. See what's on in your area. 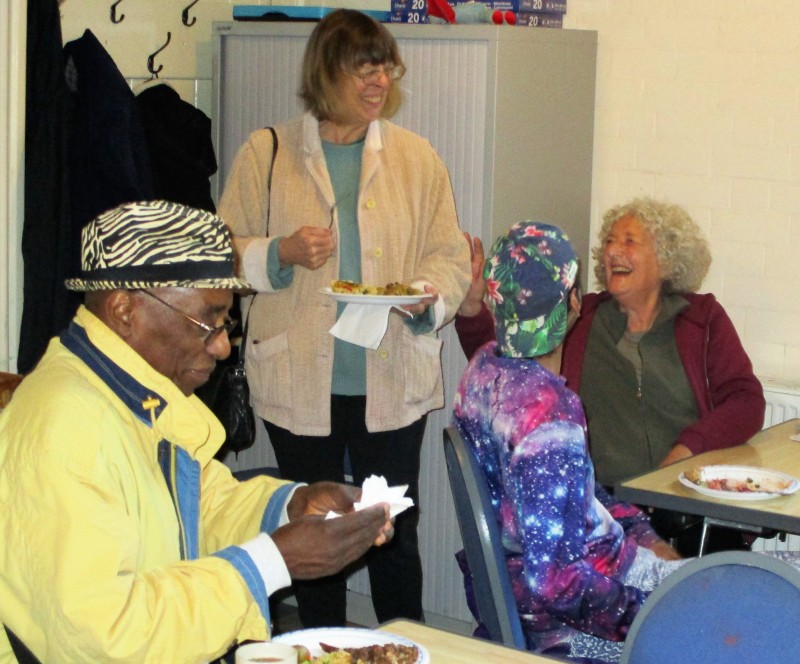 3. Find the local vegan scene. We vegans are extremely fortunate to have spaces to congregate en masse. Most vegan festivals want volunteers; and if you can’t make it to the event, you can always ask them to send you some leaflets. Distribute these in your local area – it’s a great way to meet local people, and start conversations about veganism.

Animal activism is also a fantastic way to meet more vegans. Find your local animal rights Facebook group; or call V for Life and we’ll be happy to look it up for you.

If you’re not able to make it out and about, join V for Life’s free pen- and phone-pal scheme for older vegans and veggies in the UK to meet new people (get in touch to join).

4. Get online. If you use Facebook, you can join the groups 'Vegan Singles UK. Over 40s!' and the Mature Vegans and Veggies Facebook group. Veggie-only dating apps like Grazer are slowly gaining popularity: check out Vice's breakdown of all the veggie dating websites and apps. On dating websites such as E-Harmony you can ask to be paired up with a veggie or vegan in your age group.

5. Join a group. Your local GP surgery, town hall or library will likely have a noticeboard with information about local activities such as walking groups, choirs, or book groups. If you take along brownies you'll be able to quickly figure out if there are any other vegans or veggies in attendance.

Volunteering is another great way to make a difference and meet new people.

Clare, 61 from Cheshire, has been veggie for 30 years and vegan for 4 years. She's just come out of a relationship that lasted over 40 years. Clare has thrown herself into community work and is meeting lots of new people who become friends. She recently painted a mural in a local refugee centre.

Over 6% of the UK population is widowed, and it affects people in diverse ways. The Telegraph published some tips for widows who want to get back into dating.

Valerie, a 67-year-old vegan from Hartlepool, hasn’t looked for a date since her husband died 10 years ago. She said: “I always say, never say never. I’m open-minded to dating. But I think anybody would have a very hard time living up to my expectations though. I had a very good husband.”

55-year-old Leigh from Yorkshire was widowed at the start of 2015. Friends and family helped Leigh get some structure back into her days, but it’s been a rocky road. She said: “I didn’t want to face life on my own. My husband used to get up and make breakfast for me. Now I have developed a very annoying habit of not getting up in the morning… I think it’s kind of a mental block on the day.”

Leigh was vegetarian for 37 years, and became vegan this year after taking part in Veganuary. She reflected: “I think becoming vegan has helped to some extent. I have a renewed interest in food and I feel more calm and positive”. Leigh's recently decided to get back into dating again. She's joined Vegan Singles UK. Over 40s! on Facebook and is doing a 5k run for charity. 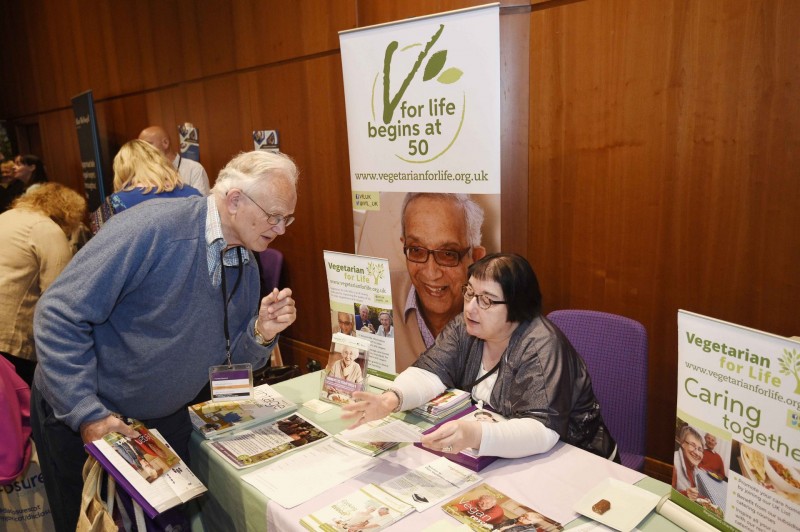 We'd love to hear your dating stories. Post them in the comments section below. You can also contact V for Life if you'd like a printed copy of this page for someone, or would like any further information.

Recent posts in Articles and Life After Retirement