Flotilla sailing on the French Riviera

Myself and a crew of four left Port Pin Rolland near Toulon on 24 September. We were on our 2102 Lagoon 380, heading east to Hyeres about 16 miles away. Eight boats in the flotilla with strong 20-knot winds behind us meant we were averaging around 6 knots with just the genoa fully out. There was a lot of swell and chop, but the cat was stable compared to the 7 mono-hulls behind us that were tossed from side to side. 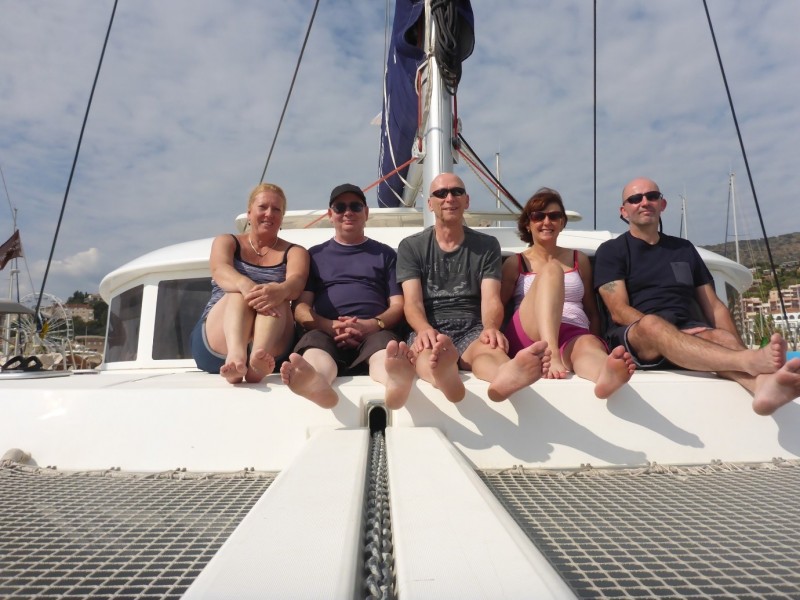 We tucked ourselves into a quiet bay sheltered from the wind for lunch then forged on to Hyeres. One can’t book places in the Rivera Marinas for flotillas; it's always first come, first served. So by the time we arrived there was no room, and we ended up anchored outside in the bay and used our dinghies to get into the marina. Great to have a decent rib dinghy hanging off the back of the cat compared to mono-hulls that have their lightweight dinghy strapped on the fore deck, which needed hauling off and the engine attaching every time you need to use it.

Unfortunately, our port engine failed while we were anchoring and Dream Yachts Charter had to come out the next morning to fix it. Seems the splined shaft that drives the propeller was worn so the engine was turning the prop but the propeller was staying still! All fixed by a very competent engineer who took the gearbox to bits. Once repaired we made our way to La Lavandou, 16 miles further on. We stayed there for 2 nights because it was a very pleasant town. 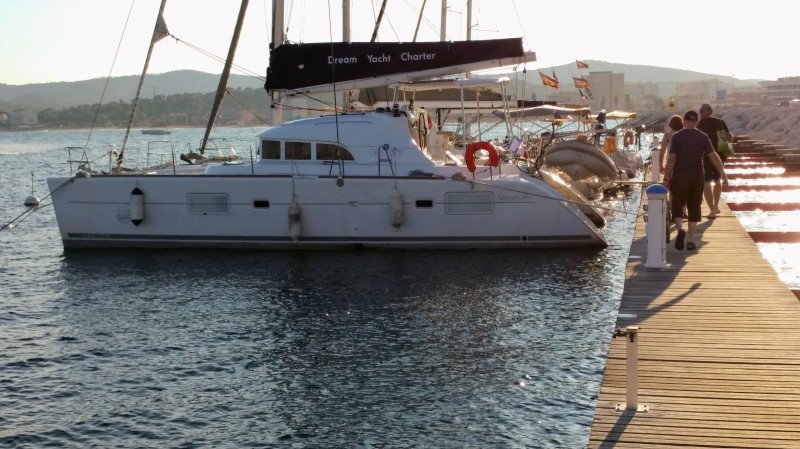 Then on to the lovely nature reserve island of Ile Port Cros for an overnight stay tied to a buoy in the bay.

Next day we were off to the island of Porquerolles where we stayed in the marina. The islands are lovely but oddly the French military have a base on the south of Ile Port Cros where they like to blow things up, which seems rather odd on a nature reserve? 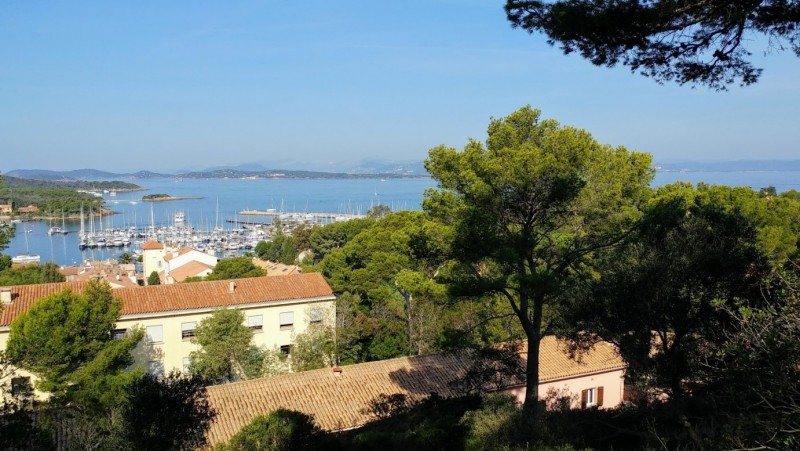 Next day we headed back to Port Pin Rolland for an overnight stay and our plane back to Blighty the next day.

Big disappointment here, especially for vegetarians. It was rare to see anything marked as vegetarian on any of the menus, which were generally divided into Viande, Poisson and Salade. When the veggies did manage to arrange something in advance the restaurant just made up a meal of all the veg that would normally have accompanied various meat meals. Limited effort was involved in catering for a vegetarian diet.

Some restaurants that professed to be Italian pizzerias had a vegetarian pizza. Interestingly, this deliberately did not use mozzarella but rather the French cheese, Emmental, along with goat’s cheese in the case below. IMHO that just doesn’t work on a pizza! 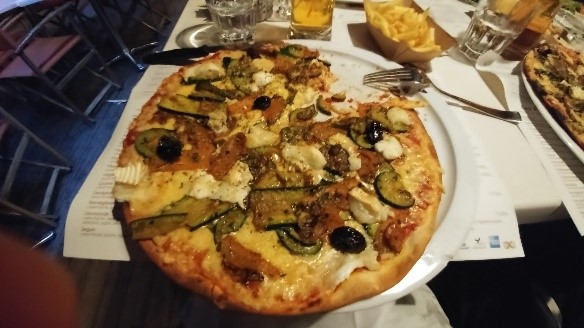 One place had a vegetarian burger which looked promising but it was basically chargrilled veg with Emmental cheese and pretty inedible. The French fries were nice though as one might expect. When I dared to suggest that a halloumi burger would be a more acceptable alternative the waiter looked surprised and said, "But that’s Greek!" 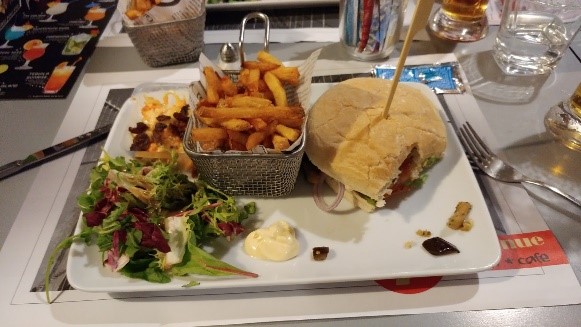 There is this bizarre idea that only French ingredients and recipes can be used and even our meat-eating colleagues were quite disappointed at the limited choice.

That said I did have a very nice galette, a sort of folded crepe, with tinned mushrooms and artichokes in a béchamel sauce. 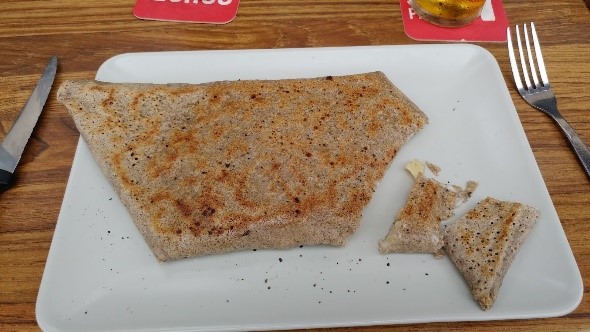 Also one restaurant on the island of Porquerolles actually went to the trouble of making a mushroom linguine for the veggies.

No Indian restaurants were found in any of the places that we visited and we only found one Japanese/Chinese establishment in Lavandou. When we arrived at 8.30pm we were told that it was closing!

The bars at Lavandou were heaving in the early evening, along with the Boules areas, but soon emptied out because folks ate early. Most restaurants have last orders at 9pm if not earlier. Meals were generally 50–100% more expensive than the UK; beer in particular was expensive at 6–7 euros for a 500ml glass. Certainly made one realise how cosmopolitan and competitive pricewise we are in the UK, where one can eat at almost any time with a vast variety of international cuisine.

The supermarkets that we went to had limited stock, and at 50–100% higher prices than the UK, the only thing that was cheap was the wine!

Saluti Maria
I’m from Argentina.
I’m vegan too and living in the French Riviera