Posted by Guest on 25/10/17 in Articles, Life After Retirement

The other week I had the pleasure of meeting an interesting octogenarian and luthier, Billy Russell from Manchester; a vegetarian from birth and proud vegan since 1971! 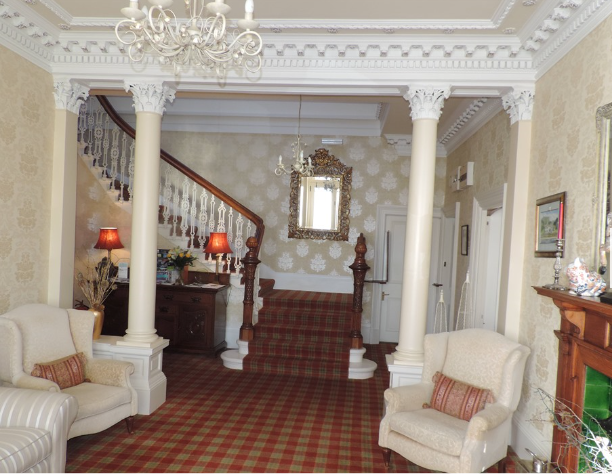 I was introduced to Billy through a mutual friend because of our passion for veganism and love of plant-based food. Due to my background, and work with VfL, Billy was very interested in meeting me.

Over a cup of tea, Billy told me about his life in Manchester. He was brought up vegetarian with his family and remembered how as a child ration books during the war were altered for vegetarians. Instead of food items such as bacon, those who chose not to consume meat were provided extra eggs or cheese. He also described in great detail an old vegetarian health food shop situated near Manchester’s famous Curry Mile in Rusholme, which he visited frequently. He’s well accustomed to local vegan and vegetarian cafes across Manchester, and is happy to see more people taking on plant-based diets and lifestyles.

Being a passionate vegan, Billy wants to share his ideas and plans with others. His dream for many years was to open a fully vegan retreat in Dunoon, Scotland; a place close to his heart because he would spend summers there as a child. So, after many years of searching, he purchased Hunters Quay Hotel, a 10-bed hotel situated on the seafront in Dunoon. Along with a farm and a few acres of land he wants to provide a welcoming retreat for guests (humans and animals alike), with aims for the hotel to be fully self-sufficient as quickly as possible, growing produce that can be used in the hotel and for events.

Billy understands that not everyone will take to a vegan diet or lifestyle. But with Hunters Quay being one of only a handful of vegan retreats in the UK, his aim is to educate others about the positive impacts of reducing or fully removing animal products from our lives. The hotel will hold events and educational programmes throughout the year, while also being a relaxing place to stay away from busy city life.

Is there a programme of events / weekend groups etc for Hunters Quay ?

It’s only recently I heard of Billy death and understand it happened
in March. Billy and I go back a long time and it continued during
our life time when it was possible. My last visit to Dunoon was last year and we kept in touch by telephone and we drove about Scotland
in search of his dream property.  Our first meeting took place during the war when he and his father came to live in Manchester and finished in the road (Richmond Grove.)  Our catholic school I attended was destroyed and we shared the protestant Plymouth Rd School.

Recent posts in Articles and Life After Retirement