Burns Night will soon be upon us, and across Scotland many will be celebrating the life and work of Robert Burns by enjoying a popular meal of haggis, neeps (turnip) and tatties (and whiskey) on Friday 25 January. 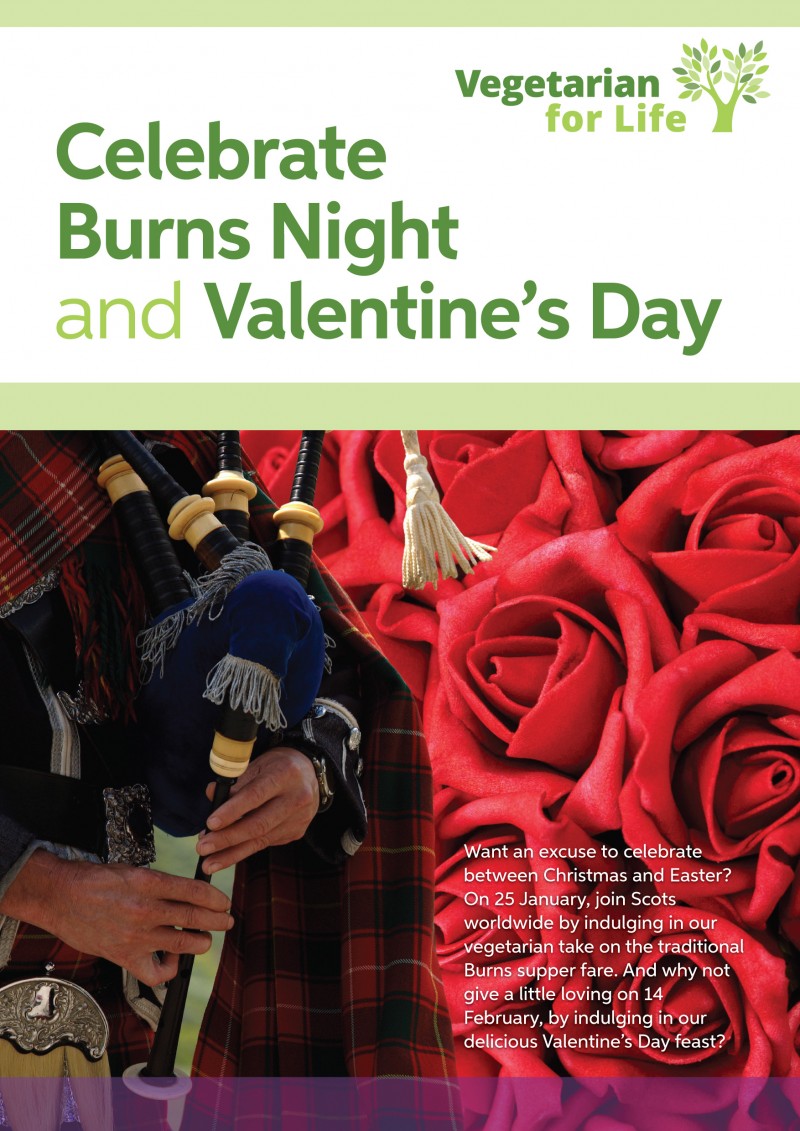 Although traditional Scottish food might not be too veg*n-friendly, there are plenty of great alternatives. Scottish cuisine is often described as hearty, warming, and on occasions quite heavy. But with the use of plant-based items such as swede, barley and lentils, dishes can also be nutritionally beneficial.

Scotland now boasts twelve Michelin-starred restaurants, and lots of restaurants proudly offer locally sourced ingredients on their menus. Restaurants, cafés and bars are offering more plant-based alternatives to a normally meat-heavy menu. Both Edinburgh and Glasgow have won awards for their vegan and veggie establishments. And Scotland family firm, McSween, created its own vegetarian haggis back in 1984, which is available all year round across the UK.

I spoke with Stuart Middleton, Development Chef for Meallmore Ltd, about what he’ll be offering residents this Friday:

As an example, we would make a fine mushroom duxelles and season with lots of black pepper and mace with a touch of mixed spice and nutmeg. We would then add some oatmeal to this and serve as a vegan/vegetarian alternative to haggis, alongside the traditional neeps and tatties with addition of soya 'butter' for those on a vegan diet.

"Alongside the meal, the care home will have a piper to meet residents who will gather then address the haggis by reading Burn’s poem ‘Address to a Haggis’. The evening will be celebrated with a three-course meal, whiskey, poetry and music."

Stuart's winning dish at the NACC Care Chef of the Year Competition in 2017 was based around a Burns Night haggis, neeps and tatties, with a deconstructed Cranachan – all of which can be easily adapted to be veg*n-friendly.

Stuart’s team at Meallmore serve a plant-based option at every meal even if none of the residents are vegetarian or vegan. He finds that meat eaters opt to eat veggie dishes because of their appearance or for a change. Currently there are two vegetarian residents who have a great selection of food on offer, and won’t miss out on Burns Night!

At V for Life, we also have ideas for a delicious veg*n-friendly Burns Night, with recipes that can easily be made at home. Let us know if you use any of the recipes!