Posted by Oliver on 05/07/21 in Community Notices, VfL News and Events

It is with great sadness that we announce the death of a former Homes for Elderly Vegetarians (HEV) Chairperson, Cynthia Eleanor Richardson.

Formerly President of Croydon Vegetarian Society, Cynthia joined the Management Committee for the HEV in 1982 and helped the organisation transition into the Vegetarian Housing Association (VHA)*.

She became Chairperson in 2000 until her final meeting in October 2006, after which time she stepped down from the Board.

An avid supporter of the cause, Cynthia was a dedicated Chairperson, giving many hours of her time freely. She was held in extremely high esteem and with great affection by other board members, with particular recognition for the care she gave to the quality of life of residents in all VHA properties. 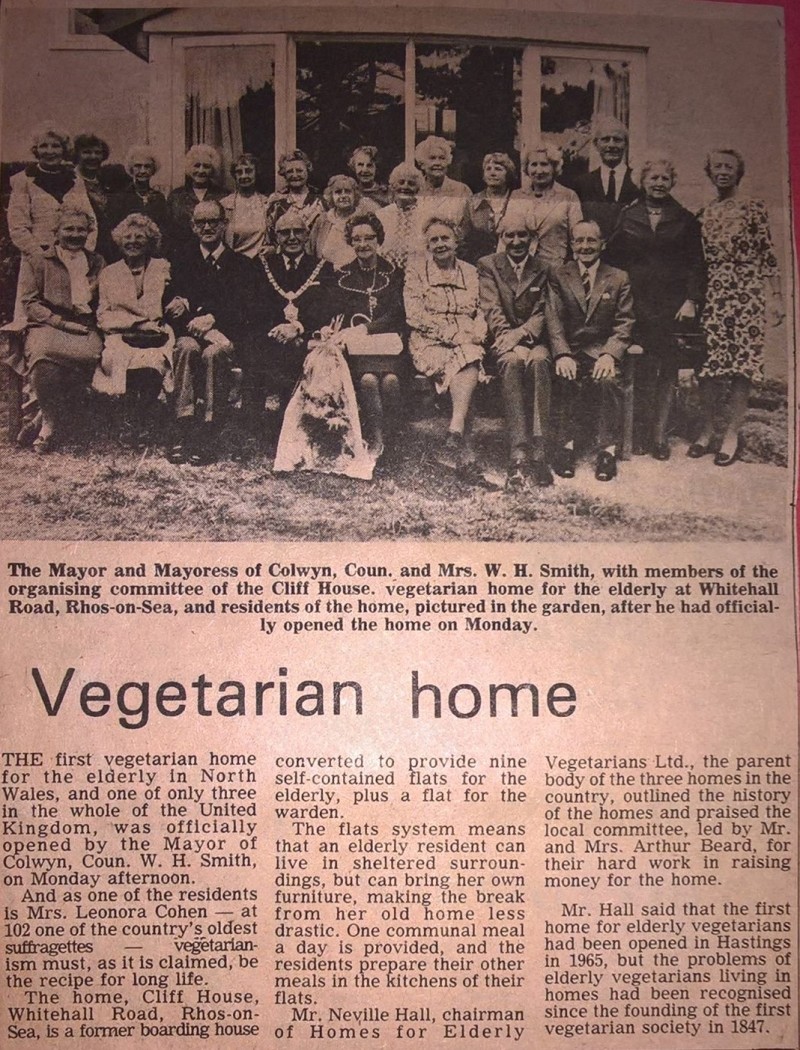 *The Vegetarian Housing Association eventually dissolved and transferred its assets to Vegetarian for Life.


Disclaimer: Please note that Vegetarian for Life takes no responsibility for the contents of this section. The information has been supplied to us in good faith and is the responsibility of the person who provided it. To find out more about anything on our Community Noticeboard, please use the contact method provided with each listing.

Recent posts in Community Notices and VfL News and Events