Is it time for a legal definition of veganism?

V for Life in partnership with The Vegan Society arranged a meeting at the Houses of Parliament to discuss if there was a need for a legal definition of veganism. 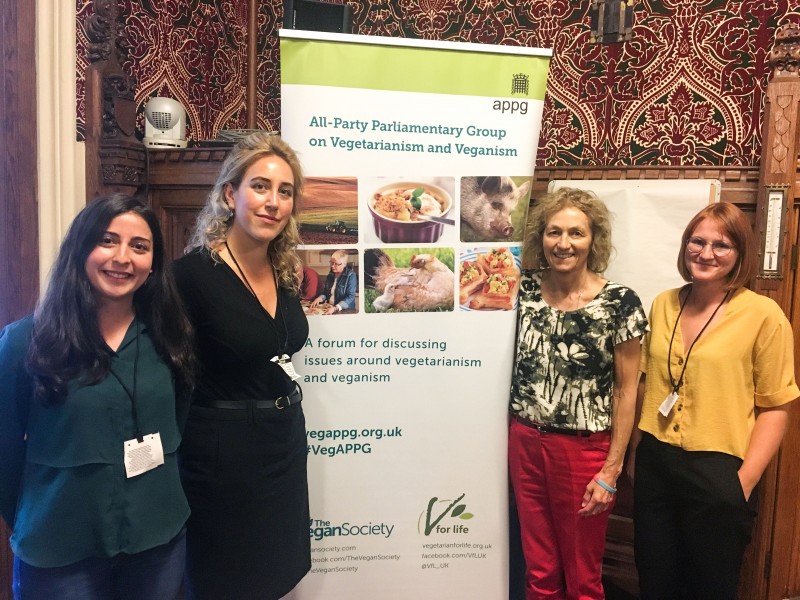 Dr Jeannette Rowley, from International Vegan Rights Alliance, which works to promote veganism in law said the idea was ‘thought provoking’ but detailed that there were many different types of veganism: ethical veganism, part-time veganism, veganism for sports performance, and the word and concept meant different things to different people.

She said: “Maybe we need a legal definition to assert our ethical veganism". But concluded that actually the law as it stands now does protect vegans in many respects.

She added: “A definition helps us understand it (veganism) is concerned with duty, ethics, human identity, and it’s concerned with justice. She said: “We have enough law that protects veganism. This doesn’t need to be transposed into law to protect people in the UK, not like in other countries." But said maybe there might be need for a worldwide legal definition.

Annie Evans and Natacha Rodrigues from The Vegan Society trademark team said issues could arise in non-vegans defining a terminology for standards of production if this was linked to food labelling. Natacha said for a product to be eligible to have their vegan approved logo, it was a ‘complicated process’ and a lot of work went into looking at the manufacturing as well as ingredient listing to ensure that it was suitable for vegans.

They agreed more transparency was needed but concluded: “It would be concerning if the law tried to regulate this". Annie added that it would be worrying if non-vegan Government bodies were checking processes to see if a product was vegan. She said the Vegan Society was thorough in its checks from start to finish because they are vegan and know what is and isn’t suitable for vegans.

Annie added: “It could work so long as law doesn’t police ethical definitions.”

Edwina Bowles, Animal Law Trustee spoke about the implications this would have on farming practices.

It was also noted at the meeting that vegan labelling has come a long way in the past 20 years and should be celebrated. Christina Rees concluded the meeting by stating, “Our glass of soya milk is half-full.”

Thanks for all you are doing to promote vegetarian/vegan issues.