Vegetarians: more or less likely to get cardiovascular disease?

Posted by Guest on 10/10/19 in Articles, Life After Retirement, Nutritional Advice, Questions Answered

Written by V for Life volunteer Paul Appleby, who is a Health & Wellbeing expert and part of the Vegan Society Research Advisory Committee

A major study of cardiovascular disease risk in vegetarians, published in the British Medical Journal in September 2019, elicited considerable media interest. Based on data from 48,000 participants in the EPIC-Oxford study, the study compared risks for two common cardiovascular diseases: coronary heart disease (CHD) and stroke. They compared these across three diet groups: meat eaters, fish eaters (who ate fish but not meat), and vegetarians (including vegans).

The researchers from the Nuffield Department of Population Health (NDPH), Oxford University, found that the fish eaters and the vegetarians had 13% and 22% lower risks of CHD than the meat eaters, respectively. However, the vegetarians had a 20% higher risk of stroke than the meat eaters. Each of these differences in risk was statistically significant, meaning they were unlikely to have arisen by chance. 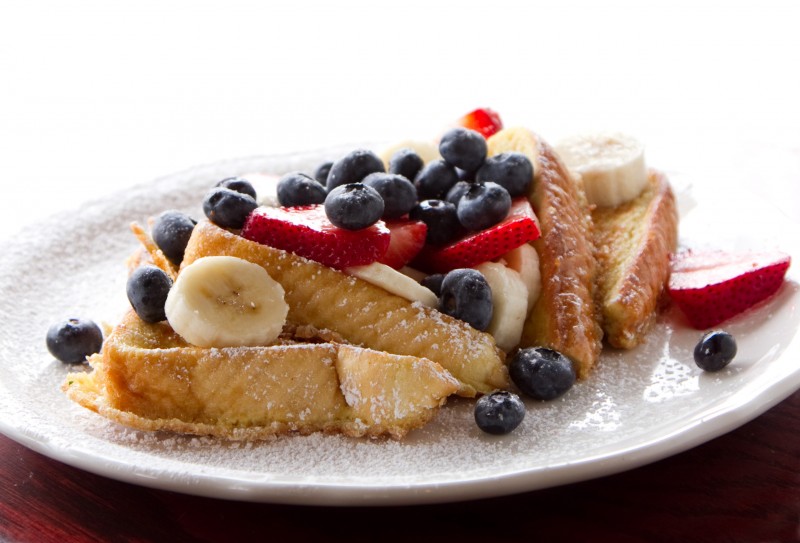 Several media outlets, including the BBC, chose to highlight the higher risk of stroke in vegetarians in their headlines. This might have caused some concern among vegetarians and vegans.

The graph at the bottom of the NDPH web page neatly illustrates the results, showing that the vegetarians had a lower risk of CHD and stroke combined than the meat eaters, as a consequence of the lower incidence of stroke compared with CHD in the overall population. 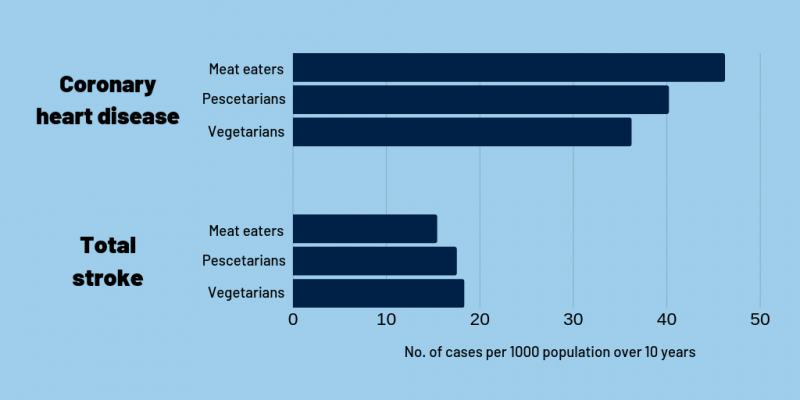 The researchers attributed the lower risk of CHD in vegetarians to their having a lower body mass index (a measure of obesity) and lower rates of high blood pressure, high blood cholesterol and diabetes. They were however unable to explain the higher risk of stroke, suggesting that lower levels of several nutrients, including vitamin B12, and, ironically, their lower cholesterol concentrations, might be to blame.

In a supplementary analysis, the researchers split the lacto/ovo-vegetarians and vegans into separate groups in order to calculate risks for vegans compared with meat eaters.  However, the relatively small numbers of vegans in the study meant that none of the differences in risk between vegans and meat eaters were statistically significant, although the results were similar to those for vegetarians as a whole.

To read more content from Paul, visit the OxVeg blog by clicking here.